This is a vegetarian Chili recipe that I’ve been perfecting for years. It’s really tasty, stupid healthy and will definitely warm you up on a cold day. Best served with a pan of cornbread – the non-sweetened kind!

My preferred cornbread recipe is here, though I add 1/4 shredded cheddar cheese and a diced jalapeno for interest. 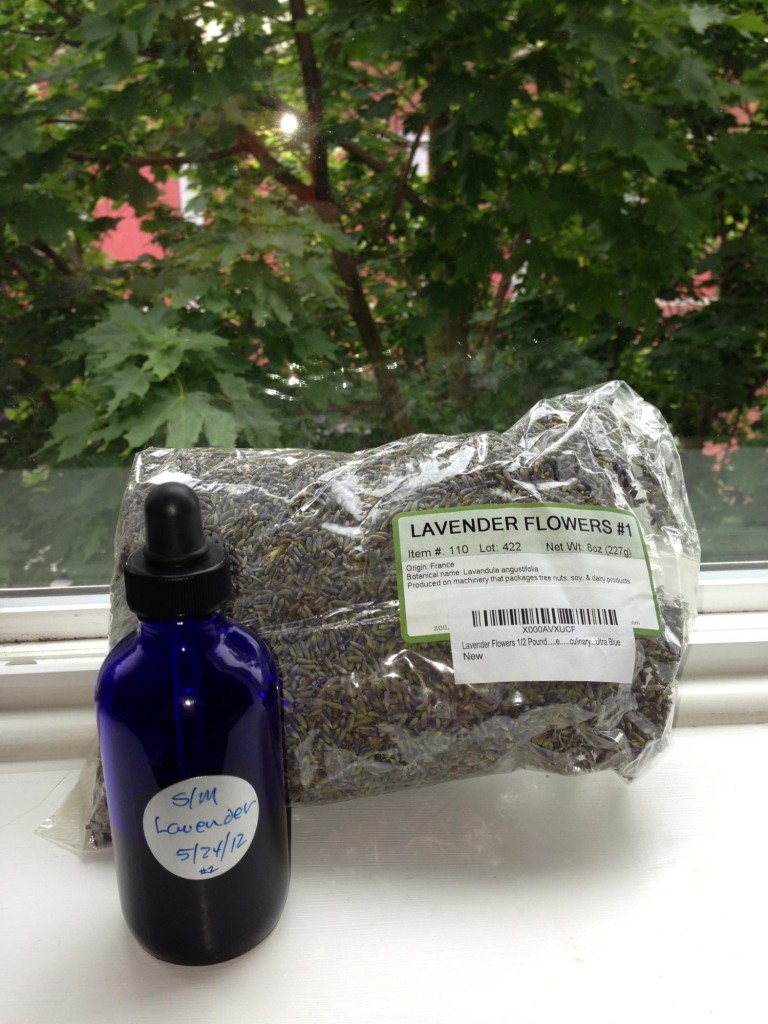 I’ve made some minor tweaks to the recipe above, but mostly used it as-is. Yummy!

Instructions
In a small glass that has a tight-fitting lid (a 1 pint canning jar works well), throw in everything except the syrup. Put the lid on the container and put it somewhere dark and cool. Let it hang out for a week. Open it. Stir. Look at how brown everything is now. The lavender looks like brown rice now. Cool. Put the lid back on and store for another week.

Place a fine-mesh strainer over a small bowl. Pour the lavender mixture into the strainer. Press the mixture with the back of a large metal spoon. Or use a spatula. You’re forcing out all of the bitter goodness from the mixture.

Discard the remnants of the lavender mixture.

Add the syrup to the bitters. Stir.

Pour the bitters into a tiny little bottle. One with a dropper helps. You can find nice, cobalt-blue 4oz bottles at Amazon.com.

Your life is magically better. 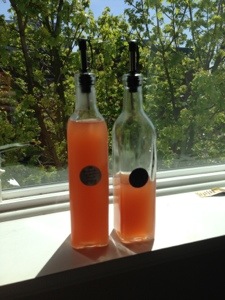 Today’s tasty treat is the Rhubarb Lavender Shrub. Doesn’t that look lovely? Mix it in a glass some some soda and vodka or gin and you have Spring in a glass!

What’s a Shrub? Well, it’s one of the oldest ways of preserving fruit in order to drink it later. Shrubs are based on sugar, fruit and vinegar and keep well, even out of the refrigerator. Some are heated, but this one isn’t – you do this all in the refrigerator.

I’ve based this recipe on one found at HungryTigress.com. I cut the recipe in half and changed it to use culinary-grade dried lavender instead of fresh – mostly because I have a ton of the stuff (ok, a pound, but that’s basically a TON of lavender).

Instructions
WARNING: This takes over a week to complete!

Shrub and Vodka
Same as Shrub and Soda, but add 1 1/2 ounces of Vodka and decrease the soda as required.

Shrub and Gin
Same as Shrub and Soda, but add 1 1/2 ounces of Gin and decrease the soda as required. 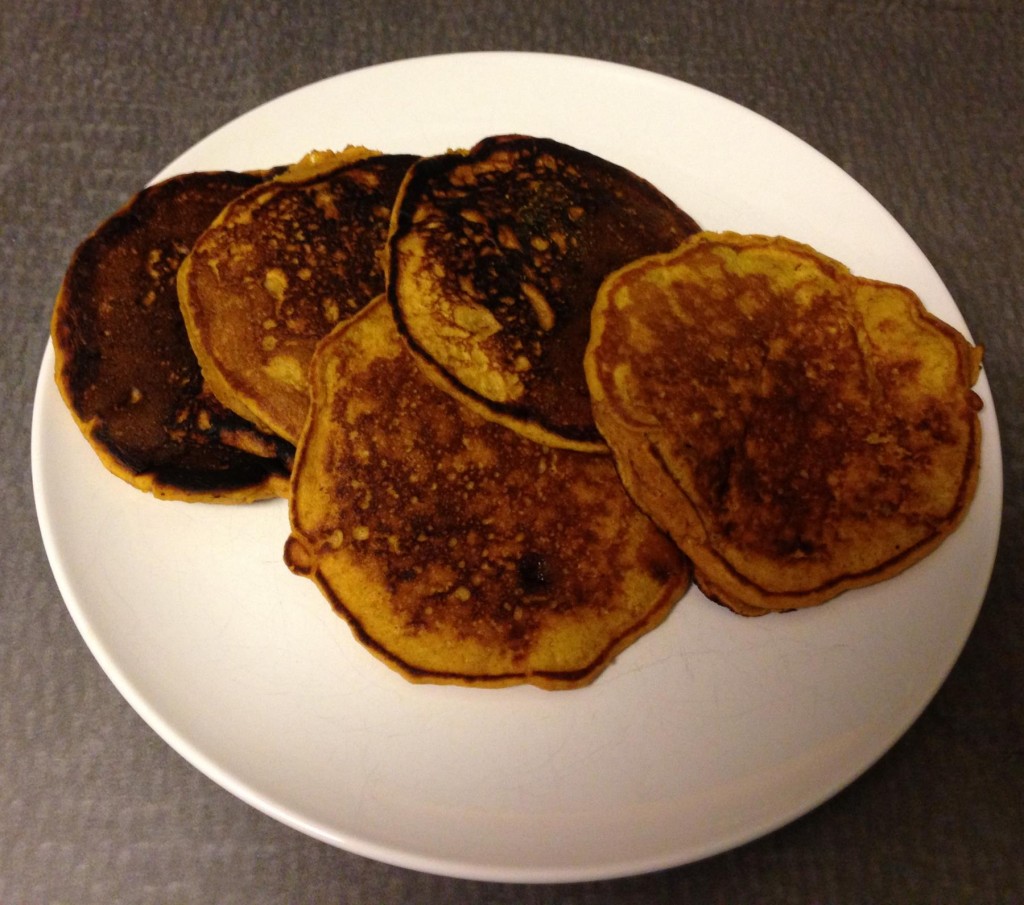 What is a FrankenPancake, you might ask? Well, it’s a mashup of a couple different recipes that ultimately provided one of the tastier pancakes that Laura and I have eaten – ever!

I started with a half a can of leftover pumpkin mix that Laura used to make me some Pumpkin Cinnamon Rolls for my birthday (yum! give them a try), a desire for pancakes and, more specifically, a desire for buttermilk pancakes. The interwebs failed us on a recipe for all of the above, but I figured “what the hell:”  we have a buttermilk pancake recipe from The Joy of Cooking that is known to be good and we also have a good recipe for pumpkin spice waffles from Epicurious, so how hard could it be to mash them up. The answer: dead simple!

A few weeks ago we were gifted with a large box of peaches. (Thank you Betsy!) It looked this (but full): 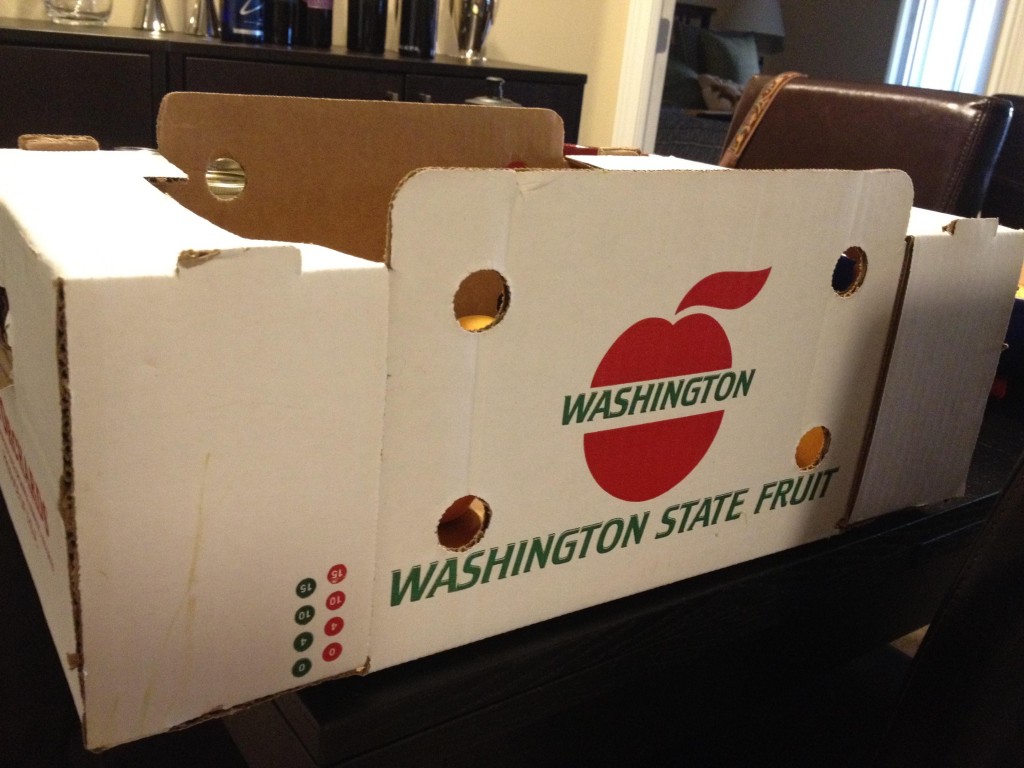 END_OF_DOCUMENT_TOKEN_TO_BE_REPLACED

Or, “Let’s walk until our feet fall off and then walk some more”

Saturday morning we decided to go do some exploring. The original plan was to “wander over to the Seattle Center, grab a pastry on the way, look at the Chihuly Garden and then maybe wander up to Queen Anne for lunch – maybe 3 miles of walking all in. We also debated going to Fremont, possibly by bus. This turned into a 9+ mile hike, of course.

NOTE: There are links to related web sites in the titles of each section below. Click on the blue text.

Map of our Tour

There’s a link below the map that will show a larger version.