Saturday we decided to get out of the city (and away from the boxes) and go tour some wineries in the Yakima valley, which is two-ish hours to the east over the Cascades. Two-ish hours if you’re in a Nissan Versa – probably more like 4 in a VLYT. Wine, you say? Why yes, we DO now live in a state with more than just a few crappy wineries! Check out this site: http://www.gotastewine.com/ or  http://www.winecountrywashington.org or this one: http://www.washingtonwine.org/. We used the first site – here’s the link to the Yakima Valley map and list: http://www.gotastewine.com/yakima-valley-wineries.php. Yes, there really ARE 107 wineries on the list, and, as we discovered, the list isn’t all-inclusive!

Where to start? A little more research (e.g. Google: Best Yakima Valley Wineries) turned up somebody’s list of 6-7 wineries. Sounded good to us! So off we went, back out I-90 to the East this time. Yakima, as it turns out, is in the middle of nowhere, in an area that looks a heck of a lot like parts of Arizona or New Mexico, except that the cacti all decided it was too dry and moved out. If you want to follow along on Google Maps you can. Our first stop was in Yakima proper for some lunch. Downtown Yakima is about 6 blocks in each direction and shows signs of the meltdown, though it also appears to be coming back slowly. Oddly enough, the only place to eat that looked interesting was Thai Orchid, which turned out to be quite tasty. Over lunch we discovered that there weren’t really any wineries in Yakima and that we would need to head south a further 20 miles or so to Zillah before we found anything. We did a quick ranking of the wineries by location (slap them all on a Google map and eyeball said map to see which one looks closest) and headed out. 20 minutes later we were at the first winery and the adventure started.

Our first stop on the way was Two Mountain Winery (yes, that’s “Mountain” singular, not plural – and don’t ask why). Why? Well, they seemed the closest based on a VERY cursory review of a Google map over lunch and they were on somebody’s list. Also, they had dogs and you have to respect ANY business that is dog friendly. This turned out to be a fantastic choice for the following reasons:

We totally forgot to take pictures of the winery, but here’s a shot of one of the dogs: 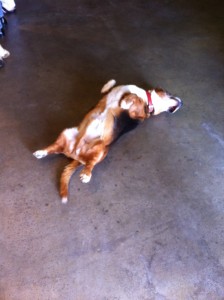 Next stop, courtesy of our Two Mountain experience, was the Dineen Family Vineyards. The experience was just as friendly, the wine was just as tasty and the view was even better. Our host even suggested an alternate route home that would take us through a scenic canyon. At this point we started to figure out that the competition between wineries seems to be of the friendly variety and that it is totally kosher for an employee or owner of one winery to go tasting at another. We tasted yet another delightful white (a Viognier this time) but left with a bottle of their 2009 Cabernet Sauvignon. 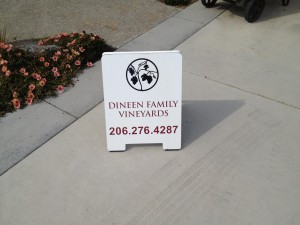 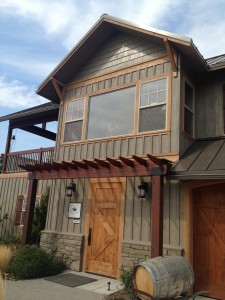 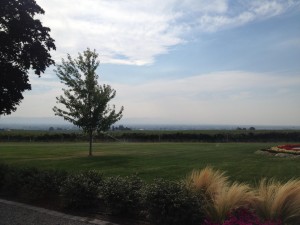 Web Site: Yeah, not so much

Next up was Mas Chappell. Both Two Mountain and Dineen recommended this new winery and also told us it was being run out of somebody’s garage. Guess what – it was, though it was a very nicely decorated two-car garage with a patio and a view out the back. The owner was originally from California and moved up to Washington before eventually opening his own winery. He had about 40 barrels in his garage and was hand-labeling the bottles (well technically his girlfriend was doing the labeling). The wine was fantastic, however – never mind that it was made in a garage. We got to try a Lemberger, which neither of us had tasted before, but left with a 2009 Merlot in a hand-labeled bottle that was fantastic.

This was also where we ran into our first wine snob (referred to from now on as the DbWS – you figure out what the acronym means). DbWS was obviously trying to prove he knew more about wine than the owner and was doing it badly. He also tried to talk his way out of the $3 tasting fee – seriously, who does this? Somebody is running a new winery out of their garage and you try to talk them out of a lousy $3? At least he didn’t succeed. We left before he did and I regret not letting the air out of at least one of his tires. 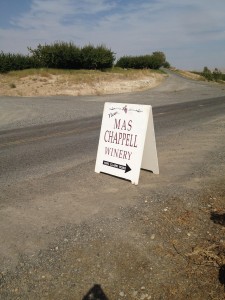 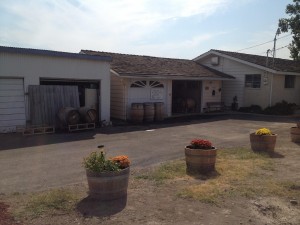 Next on the itinerary was the Portteus Winery. Again, this had been recommended by several people and they also had Old Vine Zinfandel, which Marlow dearly loves. The winery itself was nothing special (bigger than the others and lacking in charm) but the drive up was via a gravel road through the vineyards, which allowed a good view of the grape vines. The best find, other than the wine, was the beautiful Porsche 356 sitting in the parking lot. Interestingly, it had Alaska plates, no radio and was obviously being used for a road trip. That’s hard core! Sadly, we forgot to get a picture of the Porsche (possibly because Sargent was in charge of the pictures).

Portteus has about 12 different wines so instead of tasting one of everything the winery made you got to make a few choices. We worked our way through about 8 different wines but at this point they were starting to run together just a bit. Ultimately we left with two bottles of their 2009 Old Vine Zin. 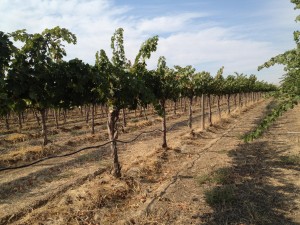 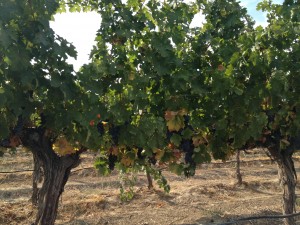 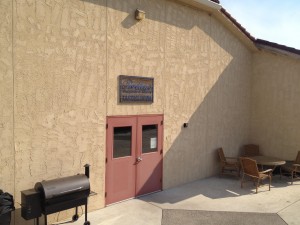 Our final stop of the day was one of the newer wineries in the Zillah area. Again, this had been highly recommended by more than one of the places we had stopped, but they seemed to get a bit higher than average review. Cultura is run by a husband and wife team and they were absolutely delightful, as were their wines. This actually turned out to be our favorite winery and we ended up spending 15-20 minutes just hanging out and chatting with the owners.

The wine was truly fantastic. We tried a number of different styles, but ended up loving the Cabernet Franc the best. If you’ve never had Cabernet Franc before you should REALLY find some and give it a try – fantastic! This is a winery we will DEFINITELY be visiting again. 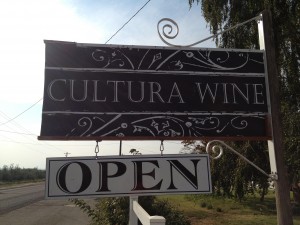 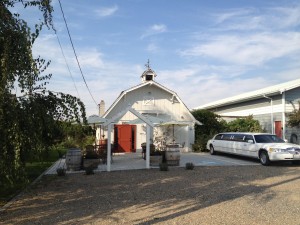 At this point we decided it was time to head home. We took the suggestion from Dineen and drove up Washington 821 from Yakima to Ellensburg. This route follows the the Yakima river through a canyon and is well worth the extra time it takes. We’ll be sure to take this route again!

And here’s a picture of our new collection of wine 🙂 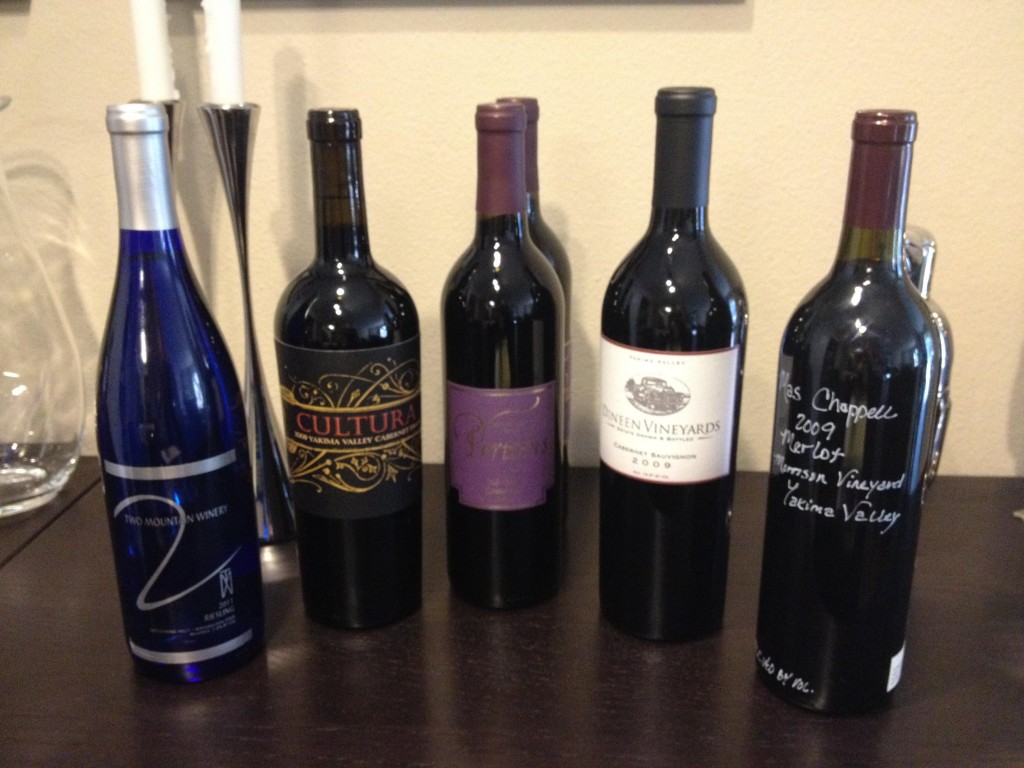 One thought on “Yakima Valley Wine Tour #1 (of many)”