Today (well, really, yesterday, but who’s counting) was much shorter as we only had to go from Elkhart, Indiana to La Crosse, Wisconsin, a journey of 325 miles or so. Of course we also had to navigate Chicago in the VLYT and our rule (ok, Marlow’s rule) about sticking to 90 took us right through the heart of the city.

The first part of our journey was through the rest of Indiana, including picturesque Gary. We didn’t take any pictures but you can find a nice, representative sample here (Google Images).

Chicago in the distance 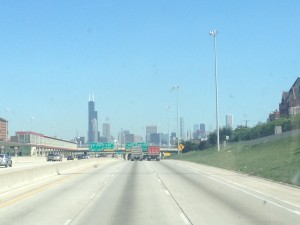 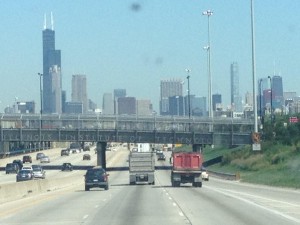 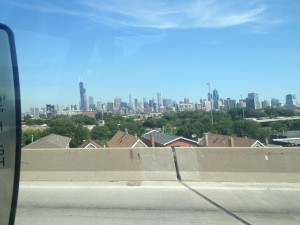 The El: A simultaneous assault on all five senses 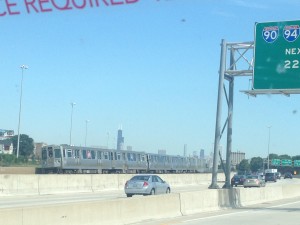 After Chicago it was lots and lots of Wisconsin road and corn punctuated by the occasional rock outcrop and some random hills. Also, corn. 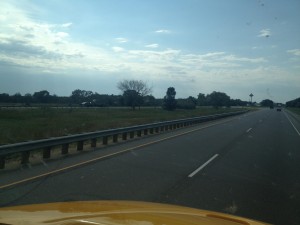 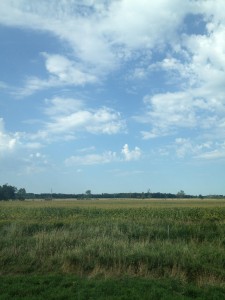 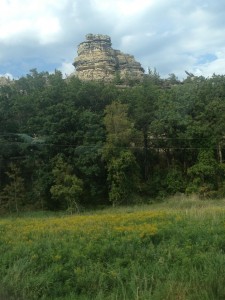 And some sky and clouds 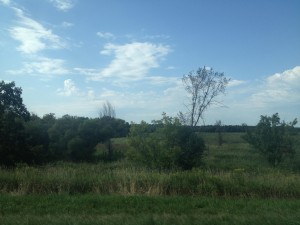 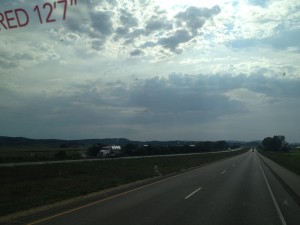 The best part was the pass through the Wisconsin Dells (hat tip to Rawson and Jenn for that suggestion). We didn’t get any pictures as I was driving and avoiding weaving tourists and Sargent was simply too flabbergasted to do much more than splutter and point. You can find plenty of pictures on Google Images.

We finally stopped in La Crosse, Wisconsin, just before the Minnesota border. It was nice to be off the road at 5:00 pm instead of 10:00 pm and our hotel (Best Western Plus La Crosse) was FANTASTIC – in a sorta-updated-60’s-70’s-kitschy sorta way. It had an indoor pool and water slide, a bored looking lifeguard and a set of hallways that would confuse a rabbit. Don’t be fooled by the pictures on the web site – they were obviously photoshopped!

We walked from our hotel to downtown La Crosse, which was about 3 miles away. I think we went through the WORST part of town and I was glad we didn’t have a cow with us as some miscreant would have run out of the shrubbery and tipped it over, I’m sure. Dinner was at Buzzard Billy’s Flying Carp Cafe (well worth a visit if you’re in La Crosse) and dessert was at Pearl Ice Cream Parlor (well worth a visit if you’re anywhere within about 300 miles).

Tomorrow we’re off to Minneapolis!