Yesterday was spent more with friends than on the road, so I thought I would tell you about our companions in the truck. 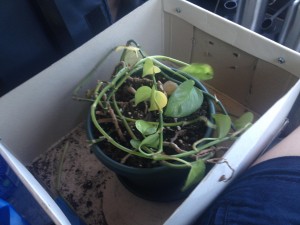 Sid came with Marlow and he tells me (Marlow not Sid) that Sid is now old enough to drink.      While we keep talking to Sid, he appears to be the strong silent type. I think he is just hoping that in Seattle he will be slightly less neglected than he was in Boston…

While Sid isn’t holding up his side of conversations, luckily this is: 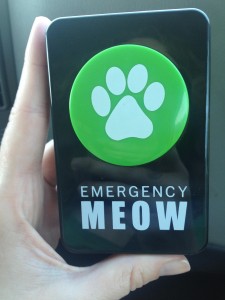 A gift from one of Marlow’s co-workers, the Emergency Meow with its plaintive “meow, meow” hasn’t gotten old. Especially when you hit a big bump and it goes off all on its own. Also, I think the Emergency Meow is enjoying the truck ride more than Houdini would have.

Now for the travelogue bit: Yesterday we crossed into Minnesota, drove 90W to 35N to Minneapolis and spent the afternoon with friends. Then we drove the truck to a cornfield in Stillwater, Minnesota where it is camping out until Saturday. 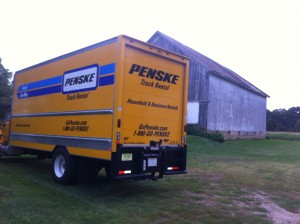 Now. Get excited. Our next post will be about…wait for it…THE MINNESOTA STATE FAIR.